A few days ago, Ardon and I went to Giant Hypermart for groceries shopping. We saw that there were many knives on offer. I was pretty much attracted to those knives because they were very colourful. Initially I thought they were ceramic knives due to the colours of the blades. On closer look, I realized that they were made of metal. As I had always wanted a better cleaver, we looked more closely at the 4 piece knife set that consisted of the 1 cleaver knife, 1 Santoku knife, 1 utility Knife and 1 steak Knife. 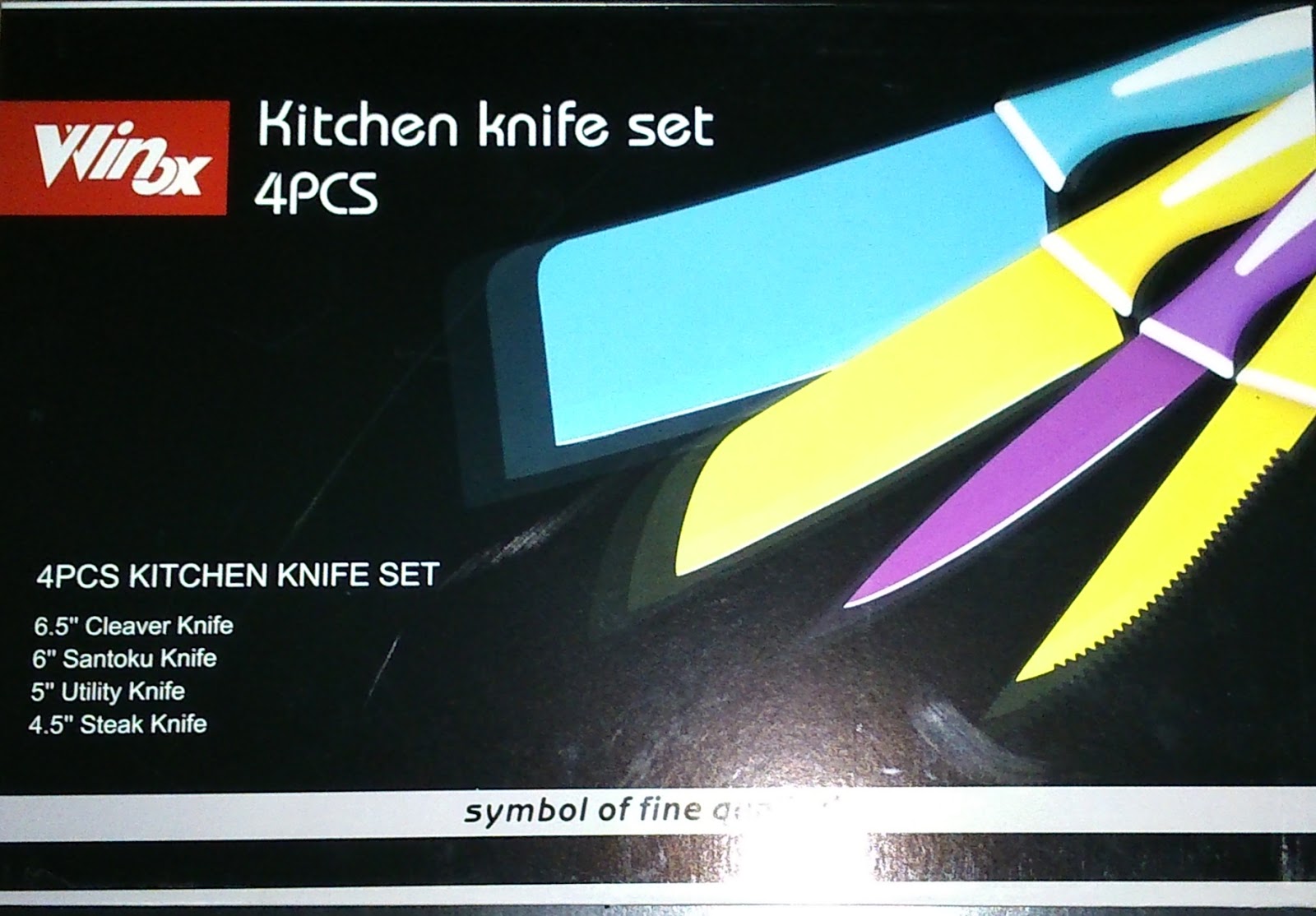 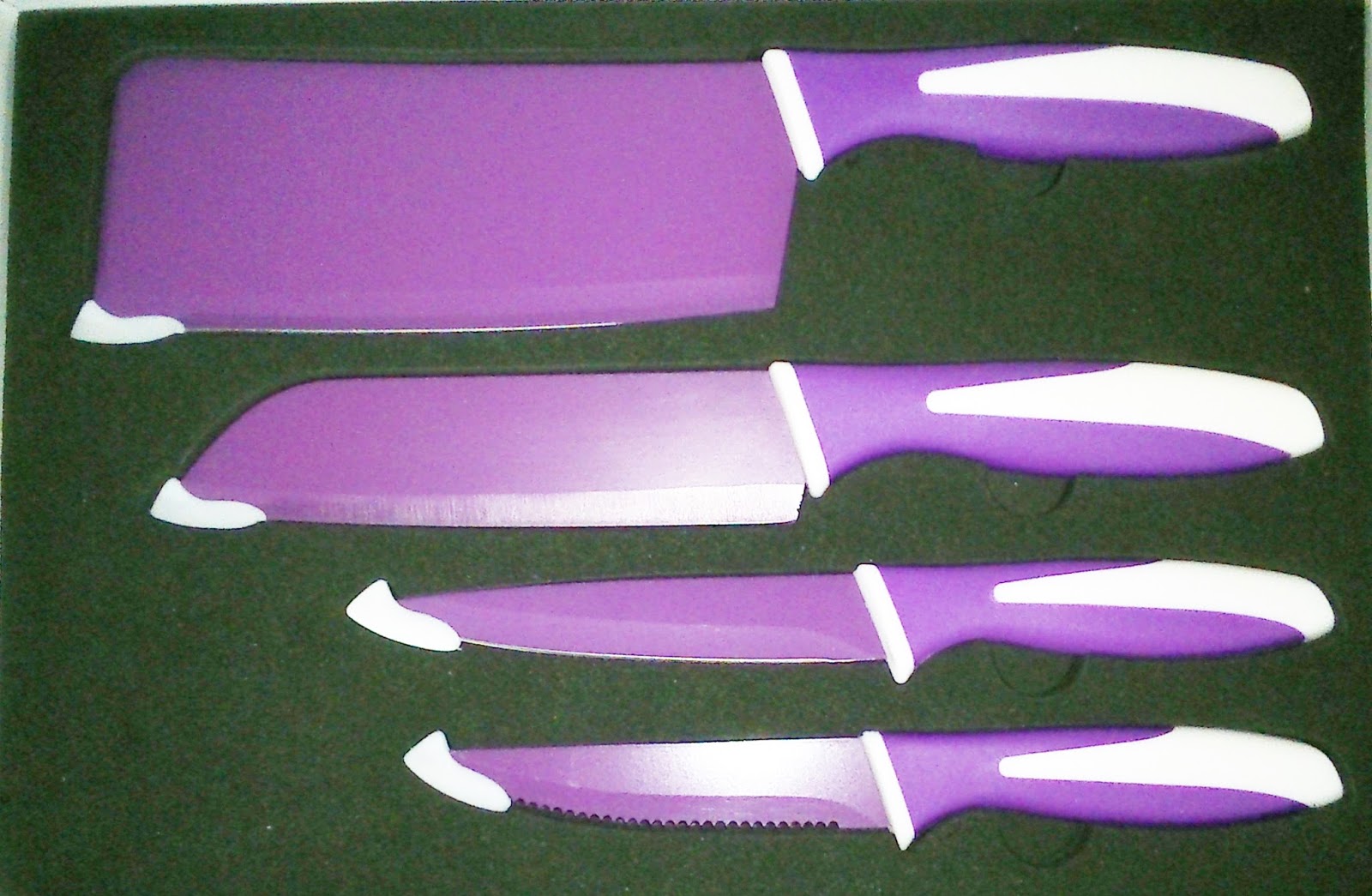 The above knives were available in yellow, blue and purple. I held the sample cleaver to get a feel of its handle. The grip was comfortable and the cleaver was not heavy (unlike the one I had at home). The blade of the cleaver was thin enough to do slicing job too. So we bought one set at the offer price of $17.99 (usual price was $24.99).

These two days, I had tried the cleaver knife to slice some vegetables as well as to chop the bones of a raw duck. It was relatively easy to use compared to another cleaver that I had. :)