I saw a Youtube video on how to make a watch/bracelet holder and wanted to try making one since it looked very easy. Sorry, I don't remember the Youtuber who did/uploaded that video. What she did was just roll up a magazine, stick them together and cover with another magazine paper. Then place the rolled magazine vertically. The magazine was thick enough and was able to stand without falling.

I did it in a slightly different way. I rolled up a women's magazine and stuck them together with scotch tape. Then, I took a piece of cellophane paper and taped it over the magazine. 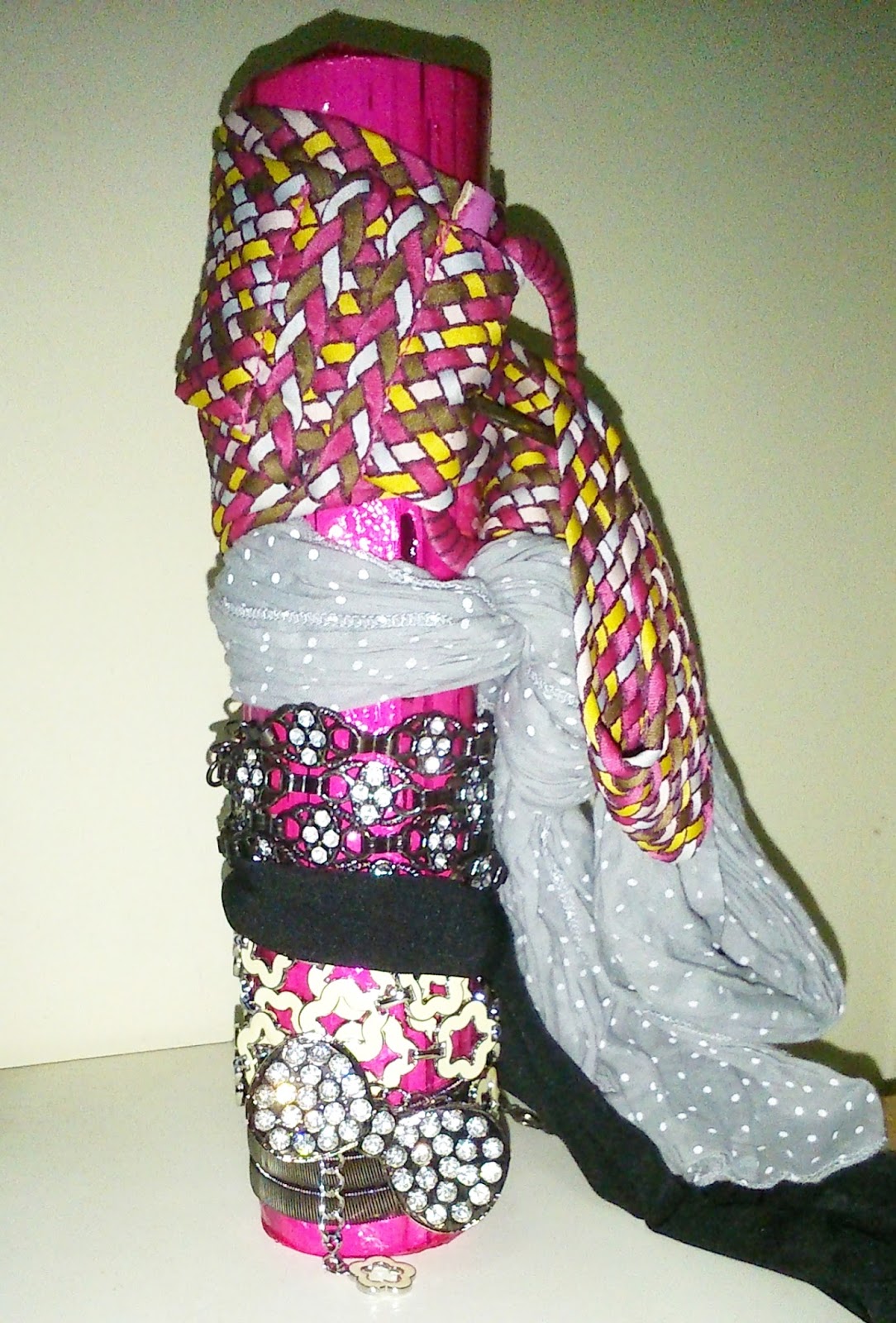 The picture above was how the end product looked like, standing on its own with some belts on it. I realized that it was more suitable for those chain and cloth belts that could be wrapped around it easily. It was not so suitable for the other types of belts that I have. As I didn't want my belts to be scattered all over the place, I put them back into my drawers and put some watches on it instead.

As my family did not have many watches, I took one step further and added a stand to the watch/bracelet holder so that I could place all our hairbands on it. I took a rectangular box and cut 2 semi-circles as seen in the picture below. 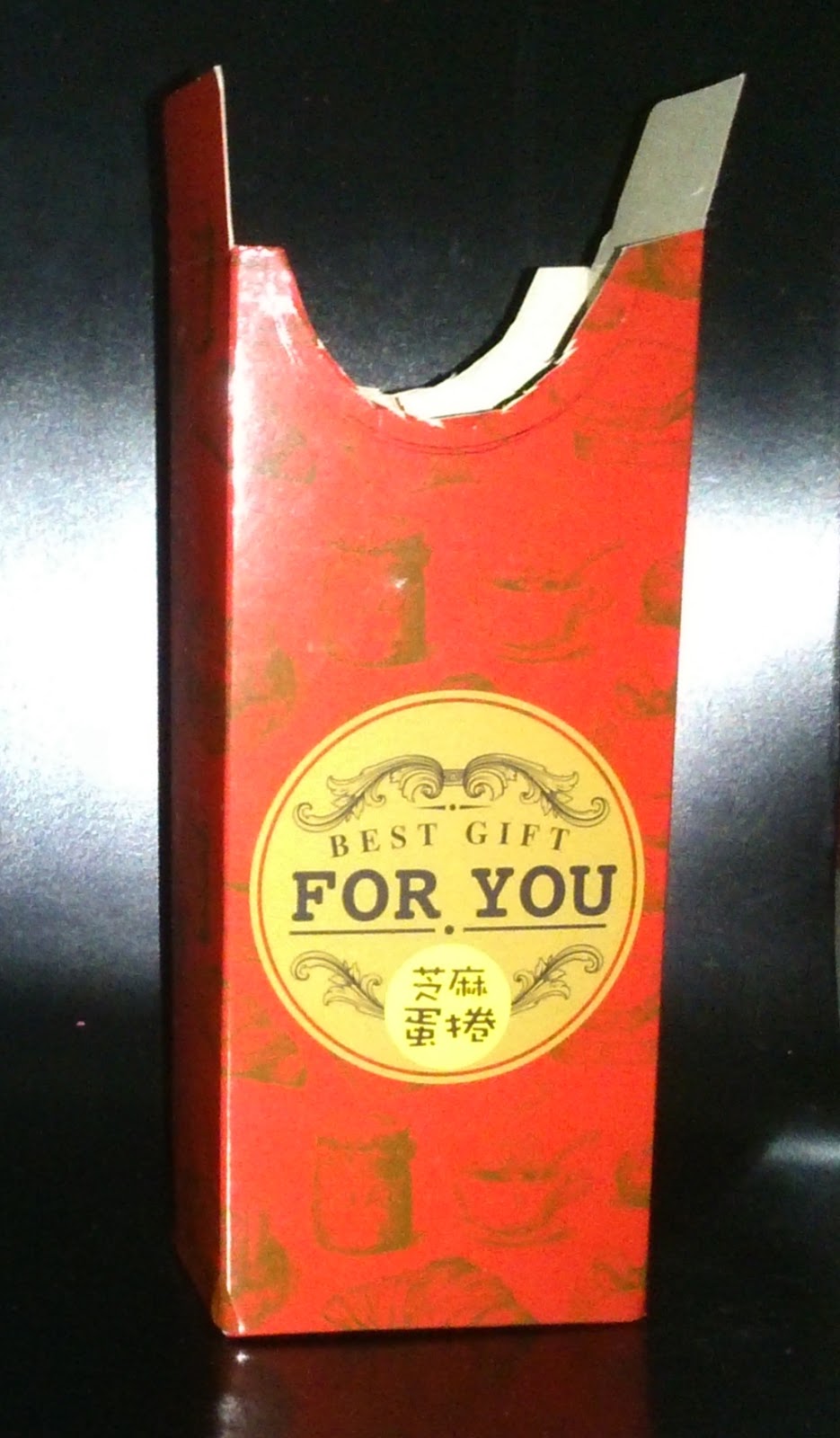 I folded down the sides and covered it with cellophane paper. I put a small piece of cardboard at the bottom of this box to make it more sturdy when standing. Then I placed the rolled magazine on top of this box. 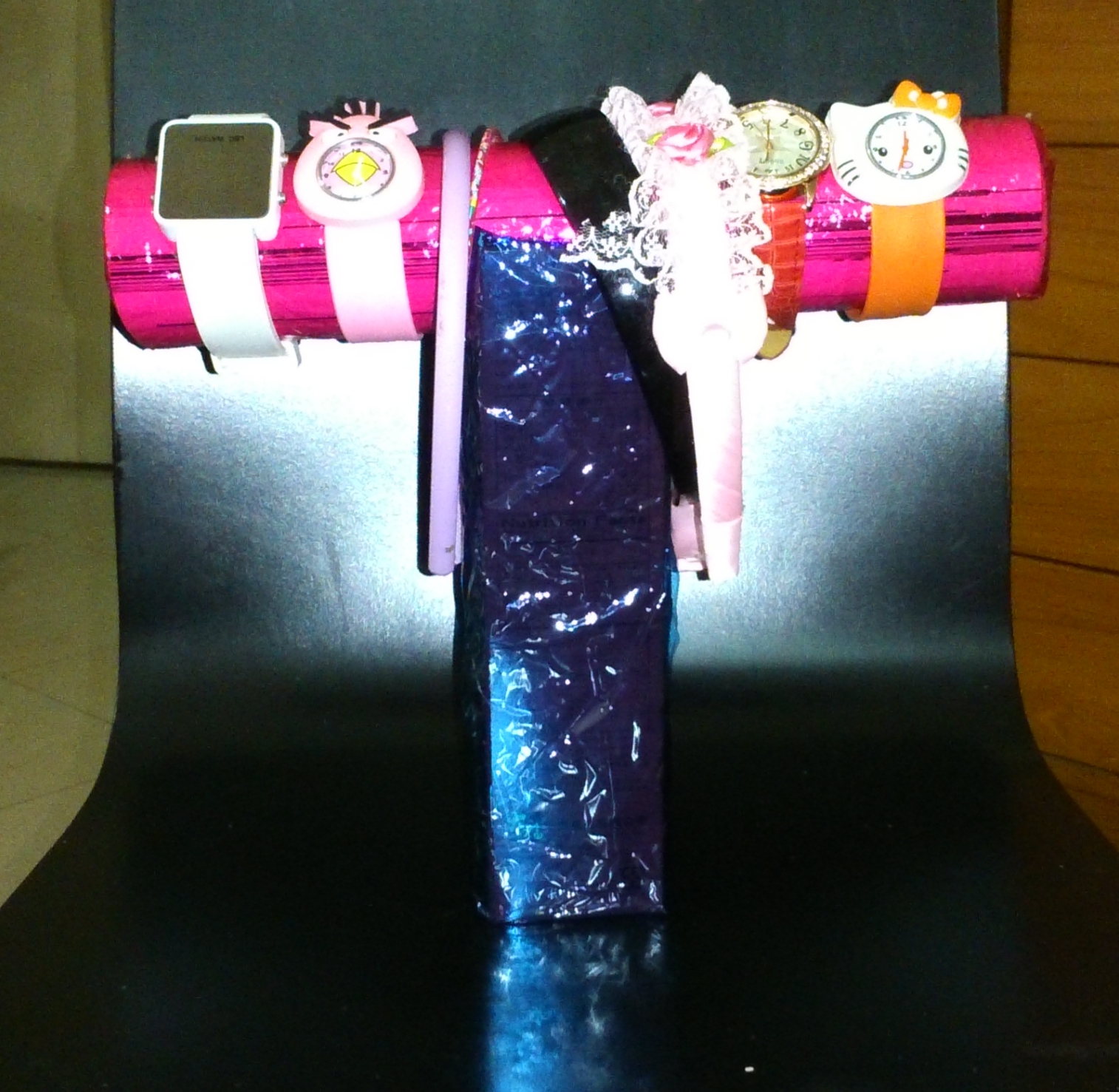 The picture above showed how the finished product looked. Let's call it a T-stand. I could glue them together if I wanted to, but I preferred to keep things simple and have more flexibility. So I just placed the rolled magazine on top of the box without sticking the 2 items together to make the stand. I was glad that the box below was able to hold the rolled magazine with all its stuff on it without toppling down.

Sera said the T-stand looked like a watch store. Glad she liked it too. :)