I accidentally chanced upon a video on organization of clothes in drawers. I thought that was a good idea. I had never thought of storing my clothes in this way. So I started with the drawer where I put my home clothes using the folding techniques shown in the video link https://www.youtube.com/watch?v=0rbogDaB-n0.

As there were differences in the size of drawers used and the size of my clothes, I didn't follow all the steps exactly when folding, but the basic idea was there in the video. After folding, I placed them vertically and each piece of clothing can stand on its own as shown in the picture below. 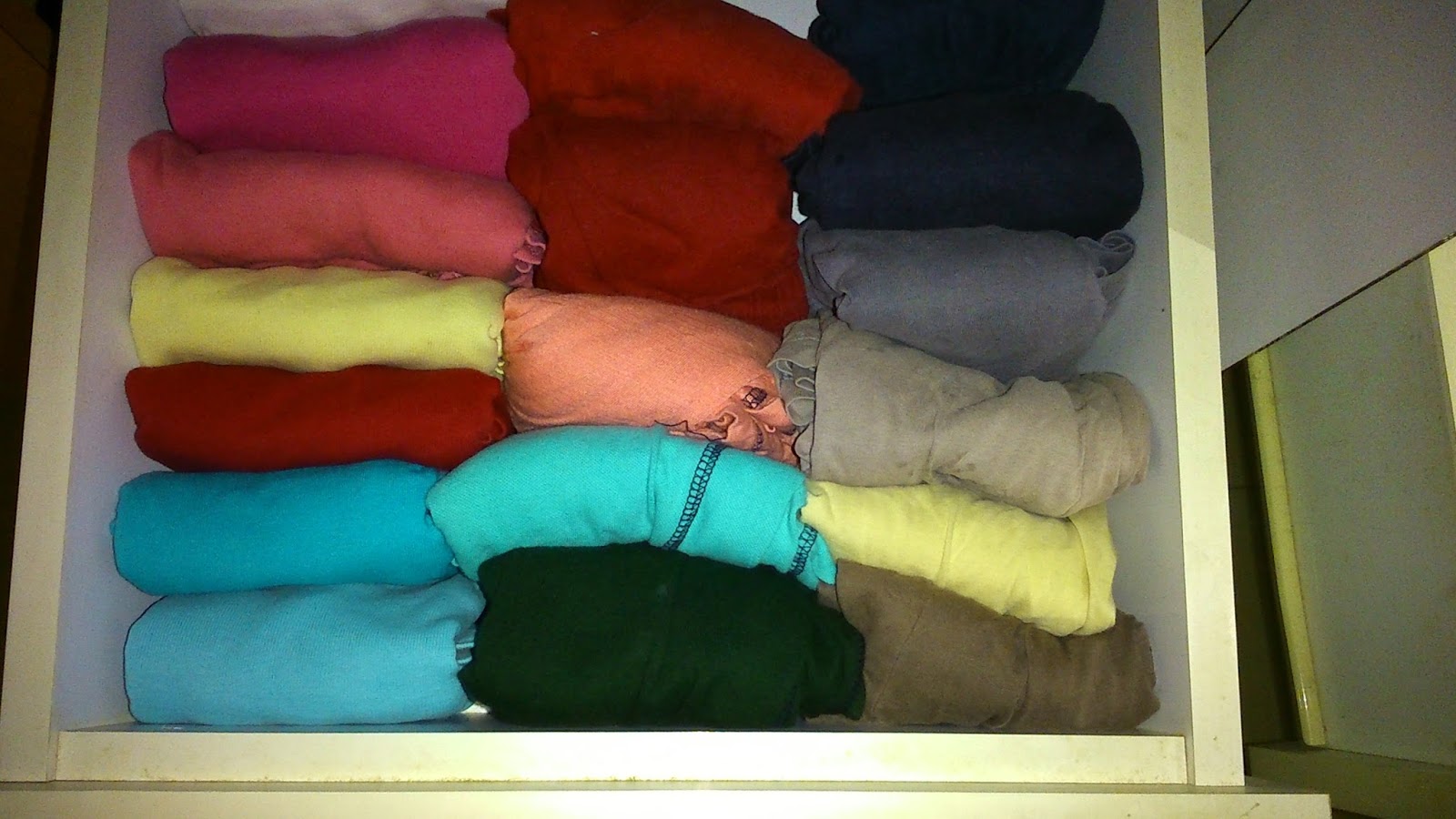 This new way of storing clothes was much better. Previously, the clothes on top would inevitably get messy if I dug further in to choose the clothes that I wanted to wear. As a result, clothes that were placed way at the bottom tend to be forgotten and not worn for a long time. Now, I can see everything at one glance and take the piece that I want to wear without messing up the rest. Besides that, it also frees up more space with this way of storing clothes.

After that, I also reorganized Ardon's drawers and it did free up a lot of space too. 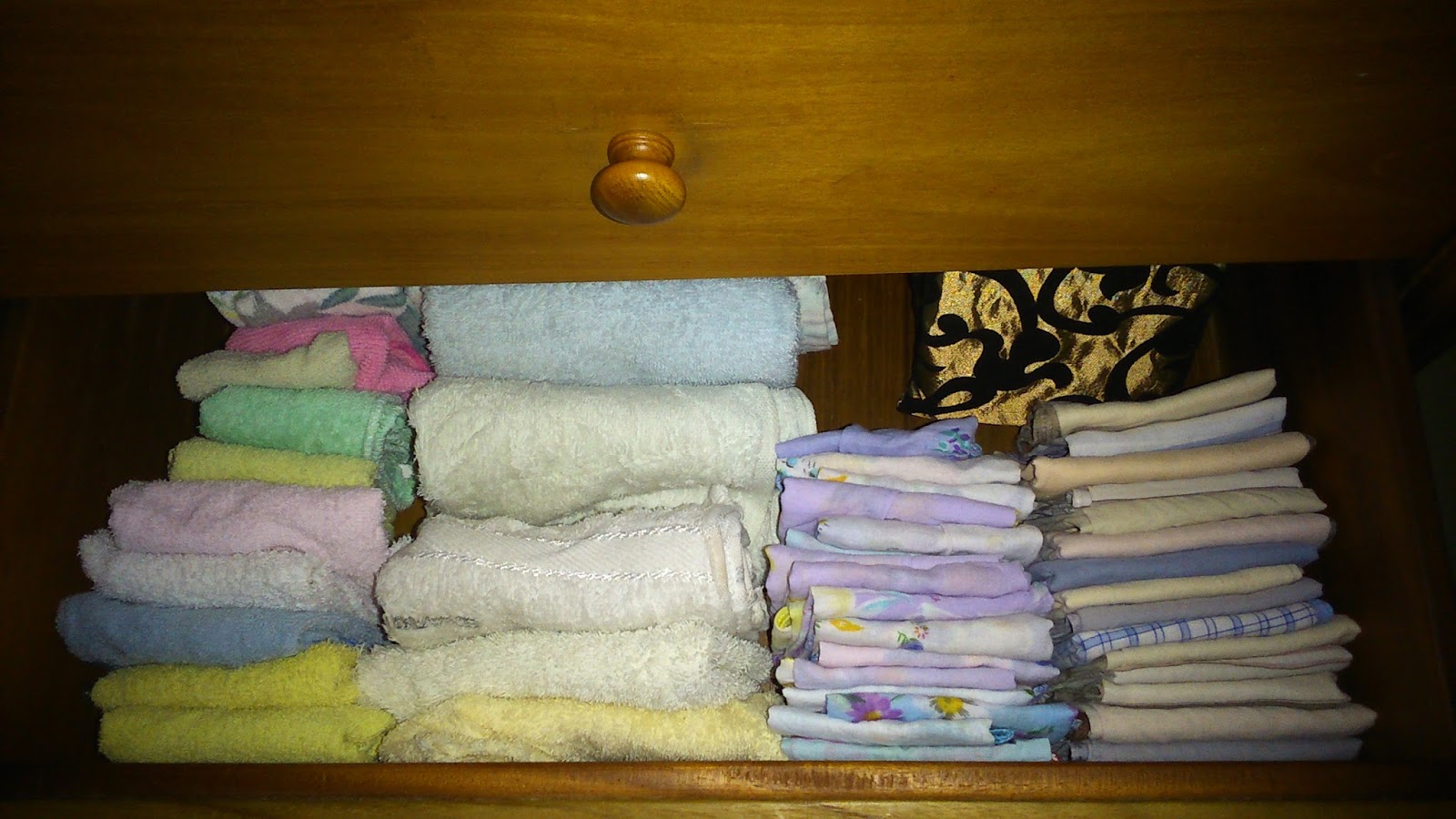 I am quite happy with this result. The only problem was it took a little more effort to fold it in the right way but is worth the slightly extra effort. This method of folding is also useful for packing luggage.