With the June holidays coming to an end soon, we finally had the chance to bring the kids to the Air Force Museum. We didn't know about the existence of the Air Force Museum until recently.  Thought it would be a good place to spend their day and learn something.  It's free admission.

When we arrived, Sera and Lynn were very excited to see those jet planes, helicopters and missiles. 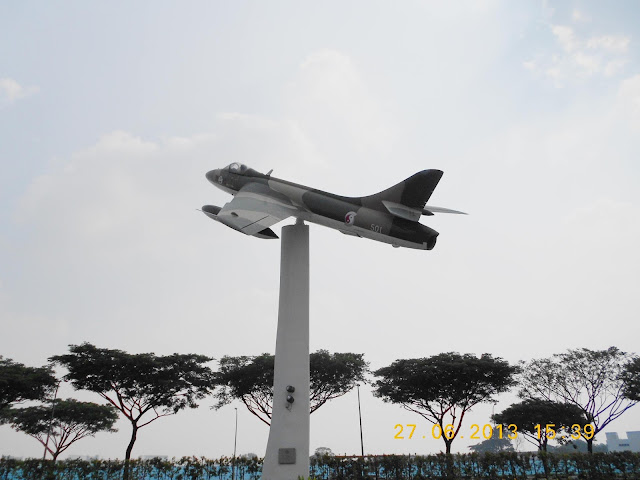 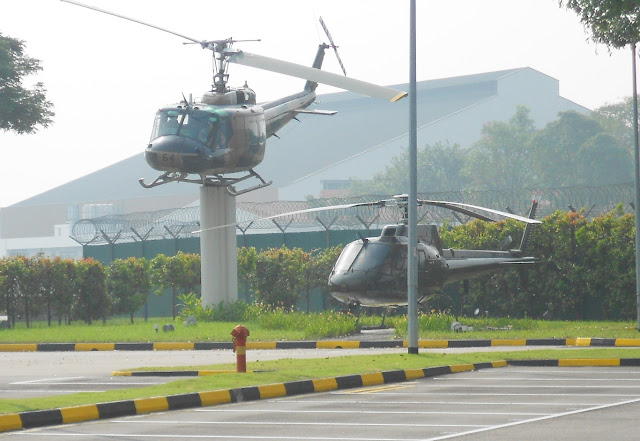 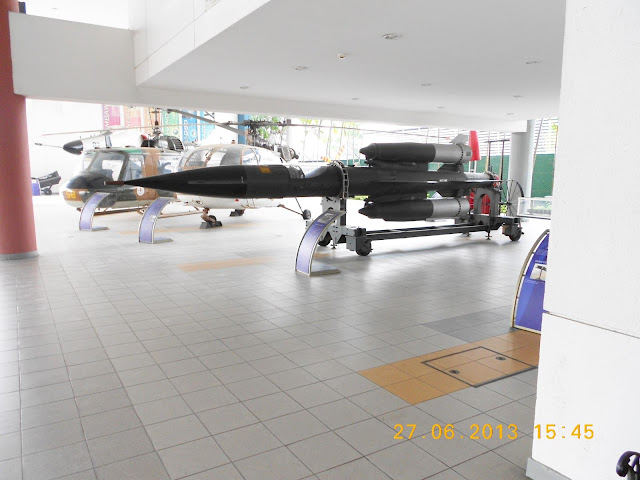 The picture below was an old sewing machine for sewing leather and parachute. I think it was very hard to use, got to use one hand to wind the wheels and the other hand to move the cloth or leather. 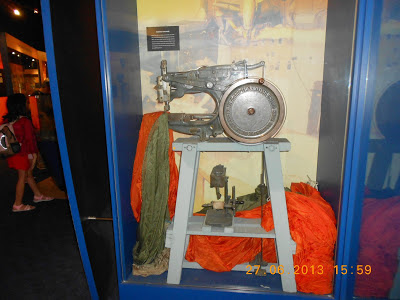 In the picture below, you can see Sera holding on to an old telephone's receiver. She was actually listening to a recording of an interview between Mr Lee Kuan Yew, then Prime Minister of Singapore, and a BBC reporter. 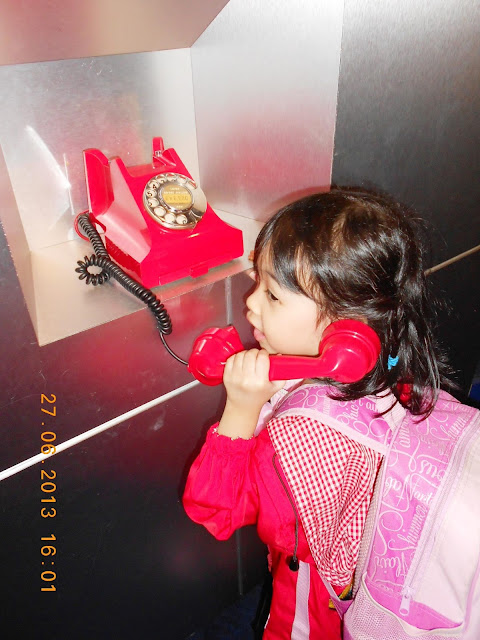 Sera was happy to be able to sit on this flight simulator and take a photo with it. 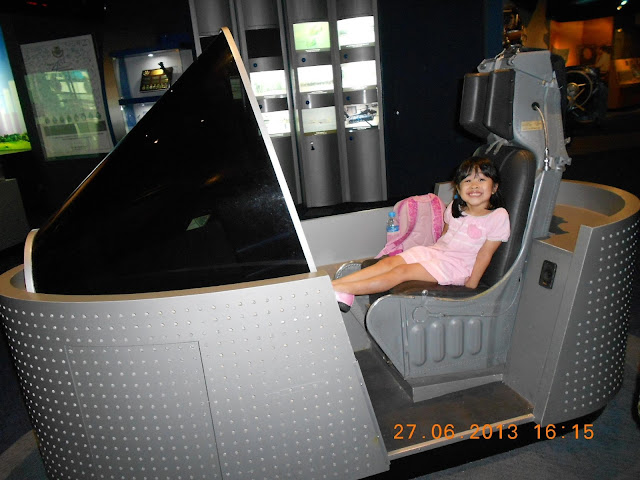