It's been a long time since I last went to the River Hongbao.

This year, we did most of our house visiting on the first day of the Lunar New Year. So on the second day, we only needed to visit one relative's place for a lunchtime gathering. After the lunchtime gathering, we went to the River Hongbao.

Thee moment we reached the River Hongbao, we saw some rides available in the sheltered part of it. However, those rides seemed to be for smaller kids which was not suitable for bigger kids like Lynn. Anyway, Sera also wanted to ride on the bigger carousel, so we went to the open area. Before we found the carousel, we took some pictures along the way. 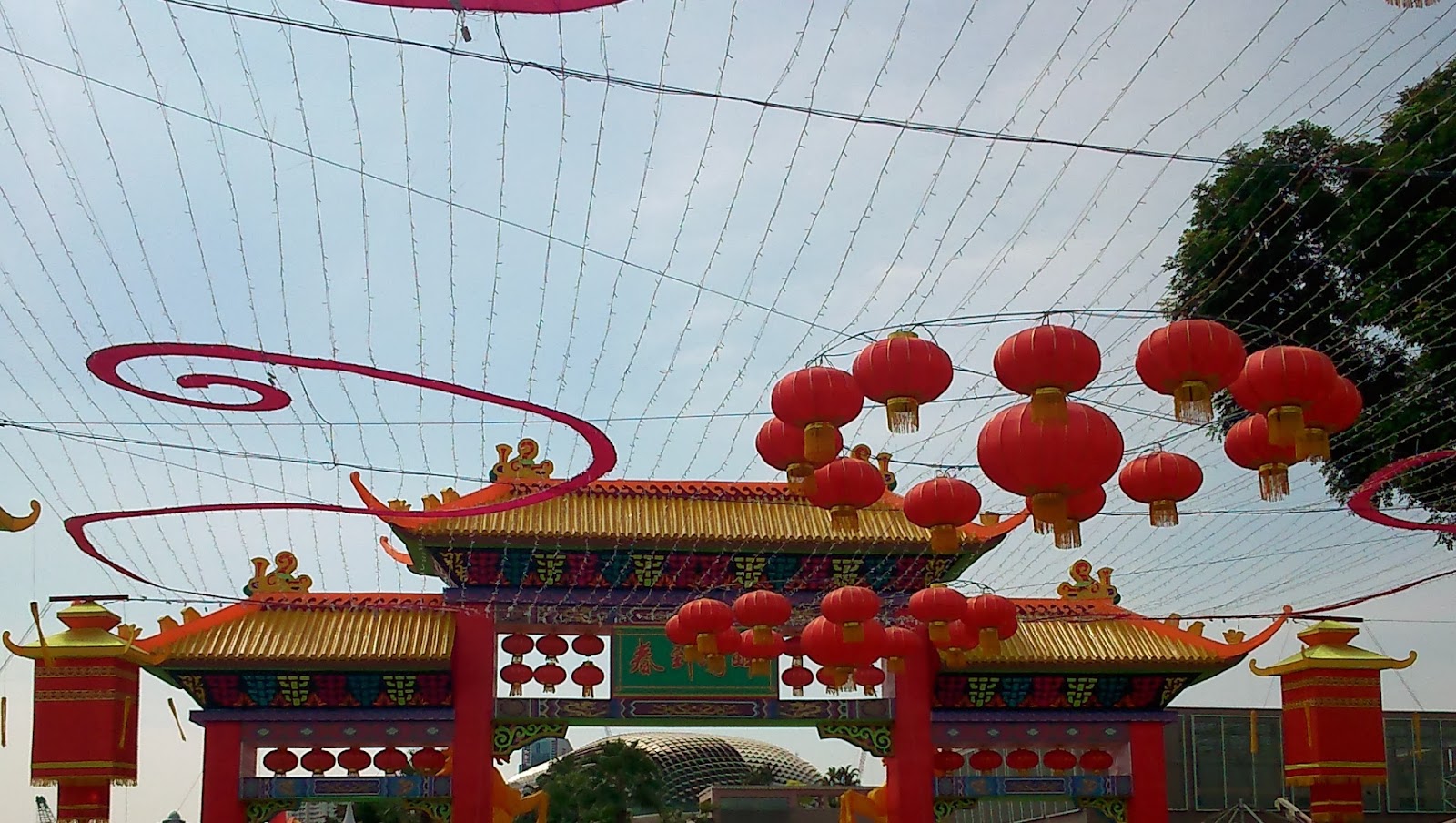 Surprisingly, there was no queue at the carousel ride, so the kids could start the ride almost immediately. The horses and sea horses were too high for them, so the staff helped to carry the kids up to the rides. 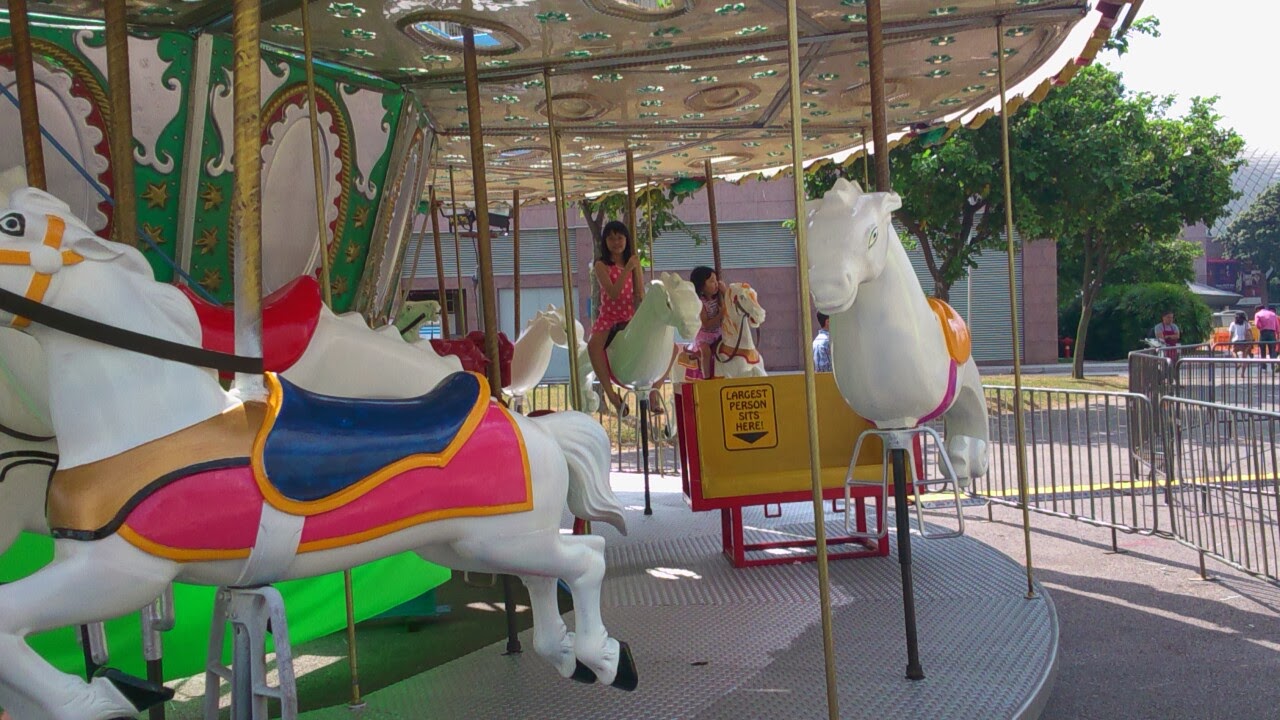 Next, the kids wanted to take the bumper car ride. There was a short queue there. So we waited for a short while before the kids could get on the ride. 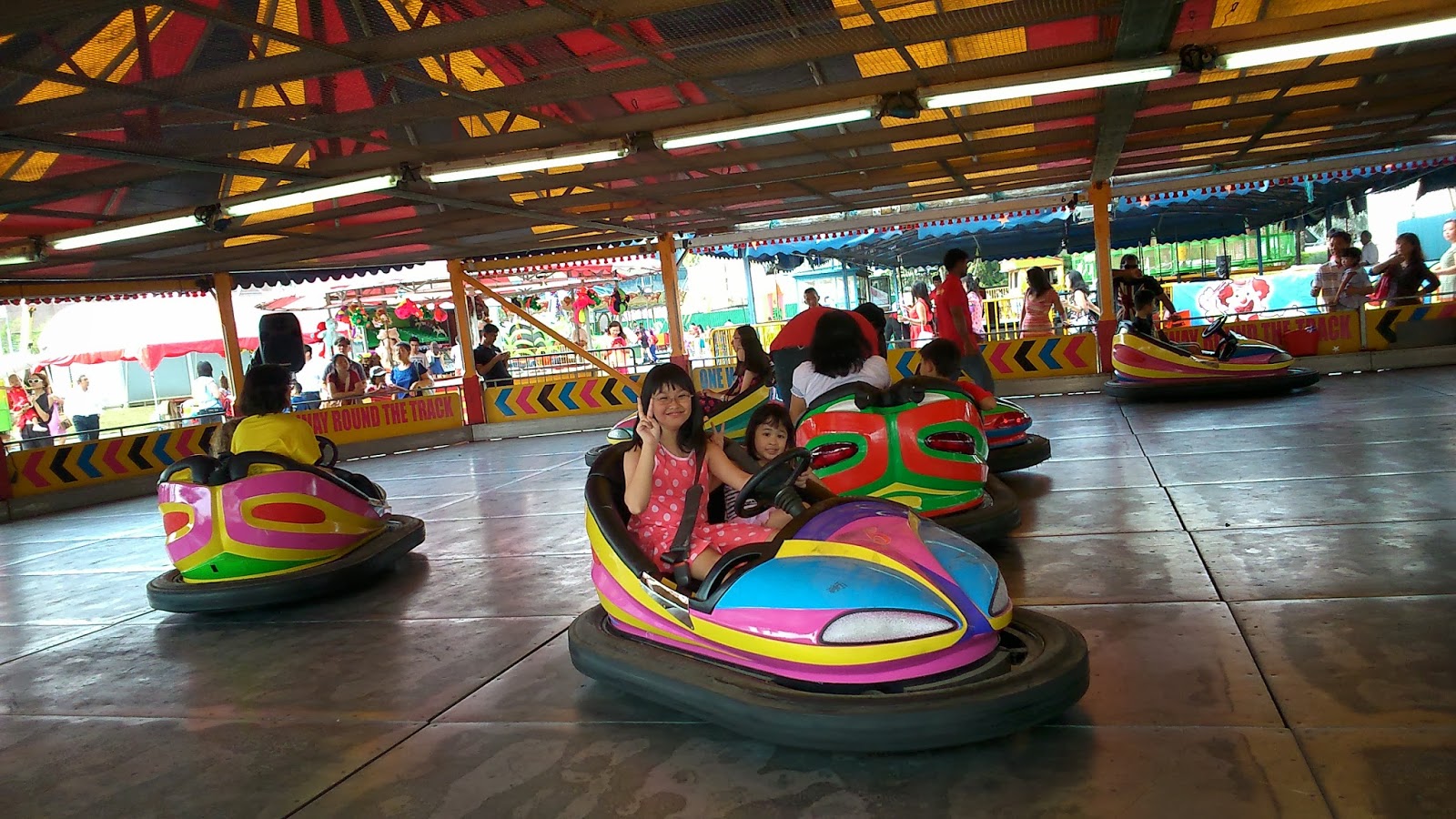 After those rides, we just wandered around to take some pictures. 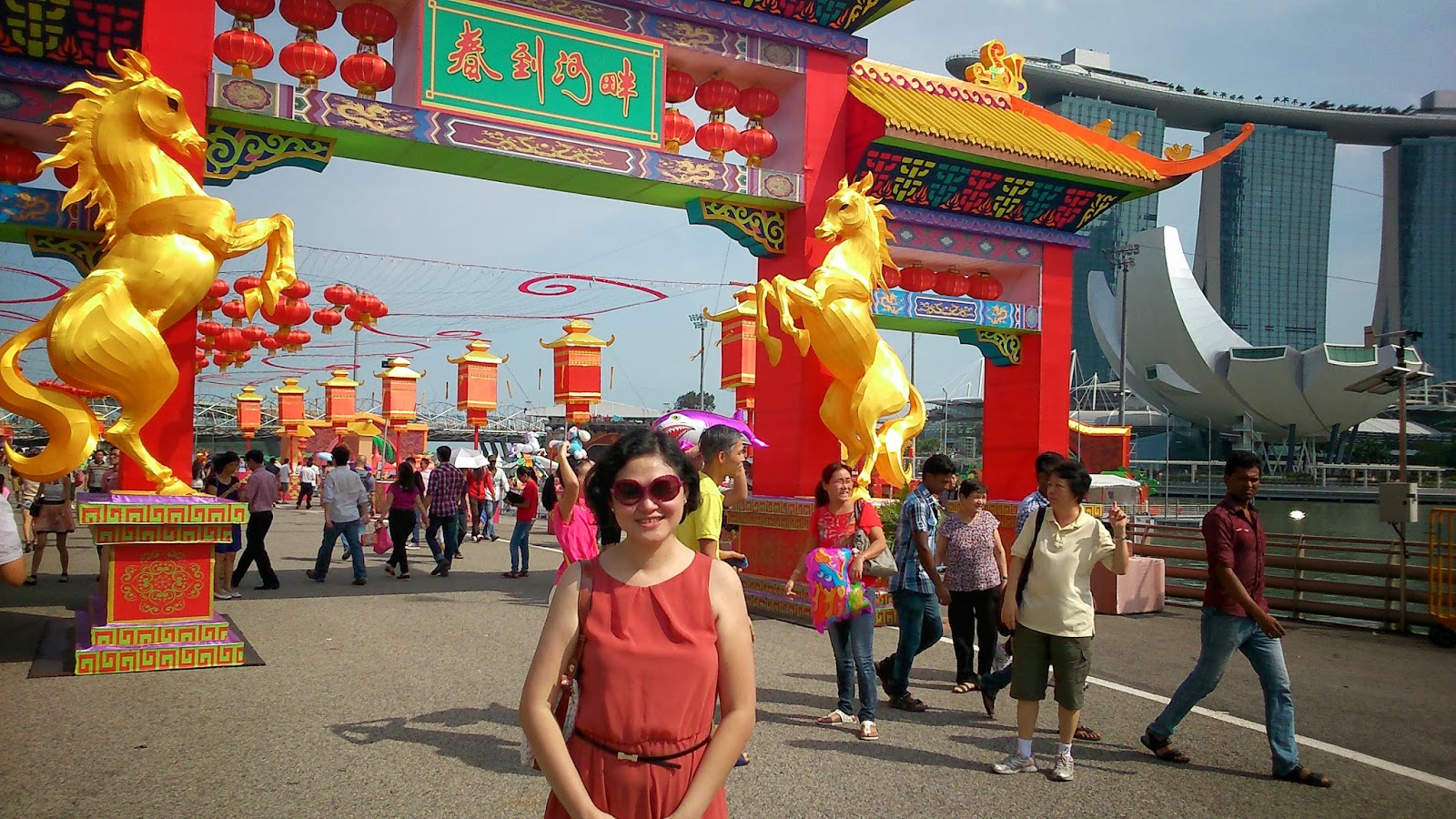 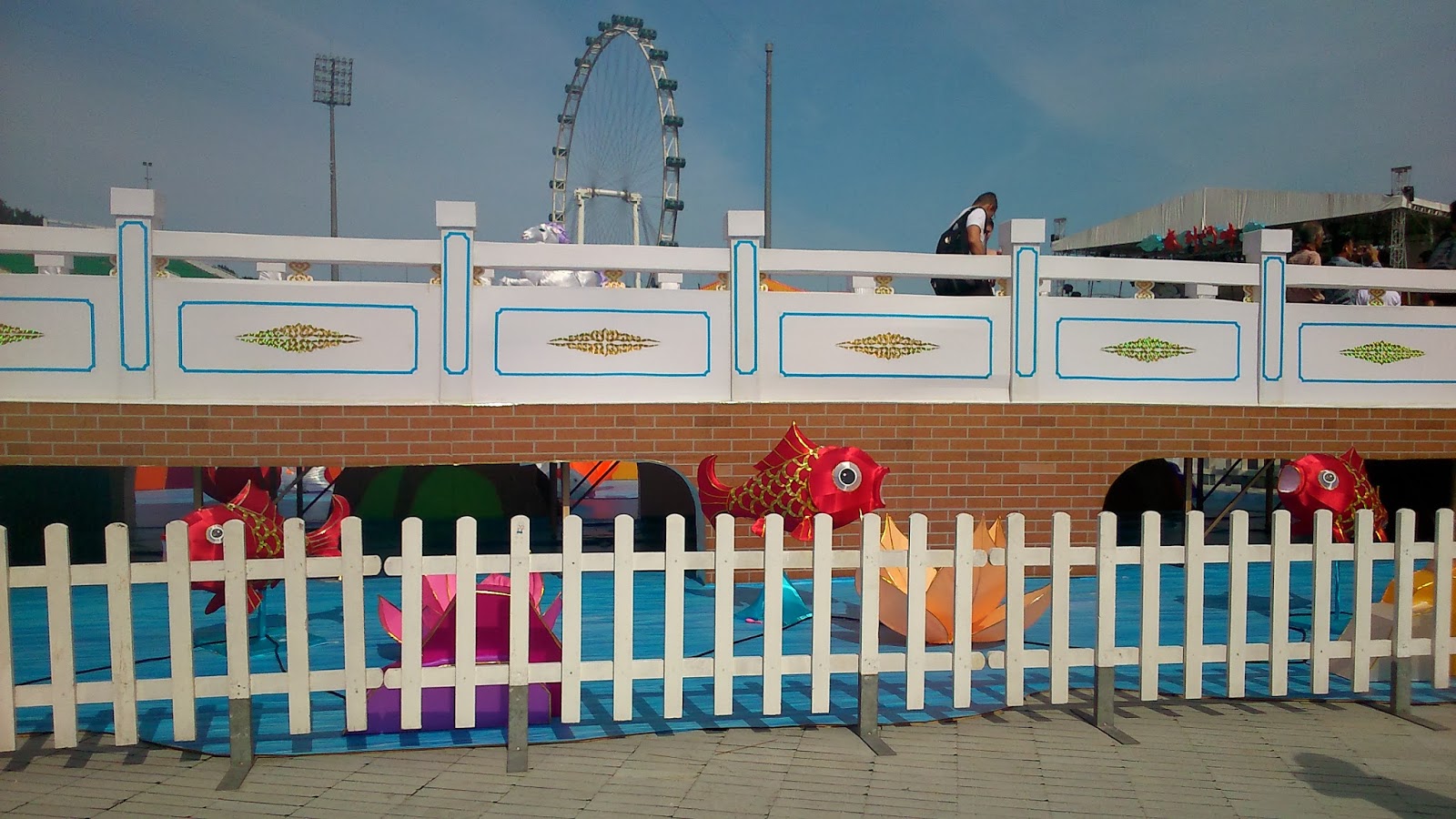 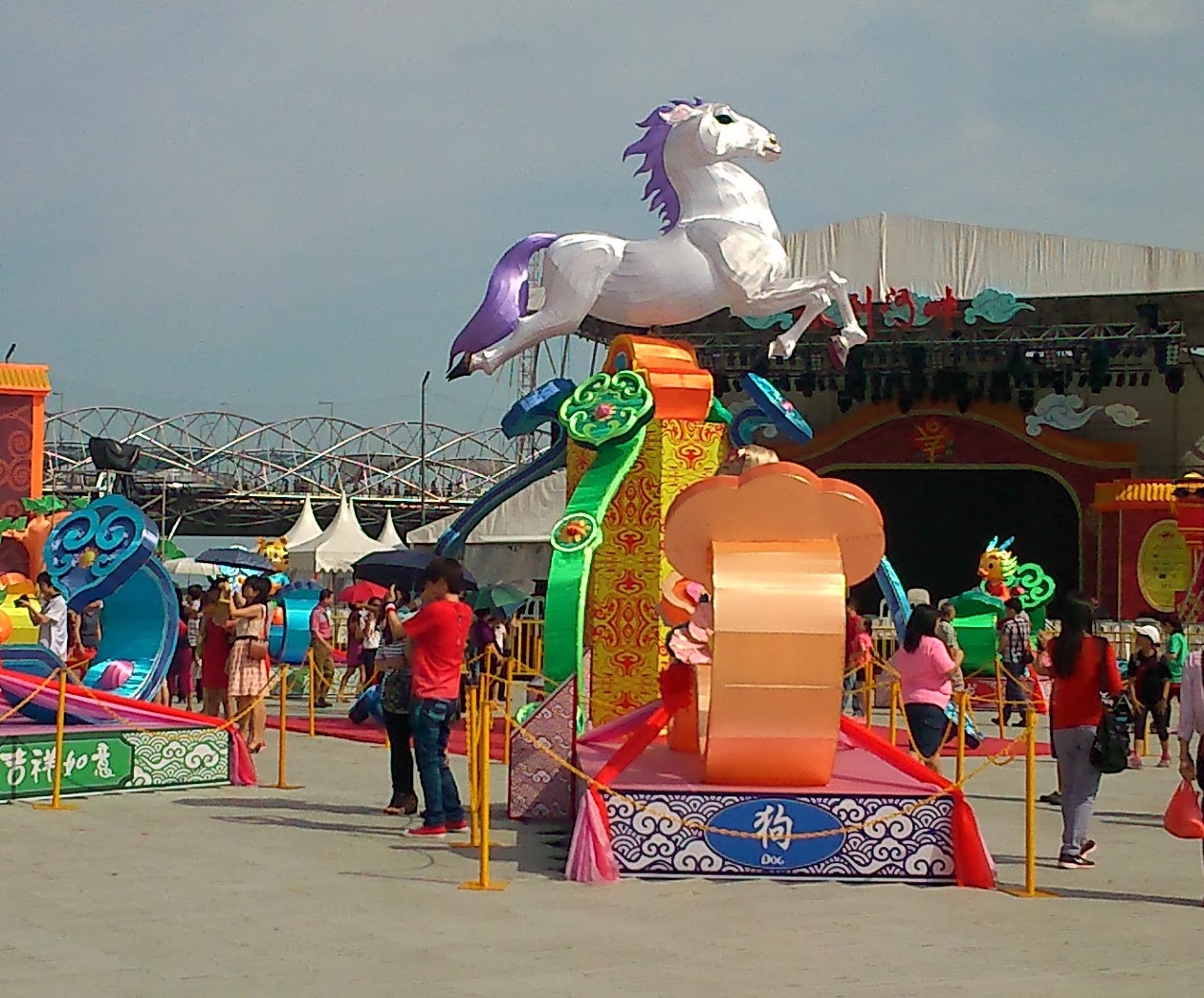 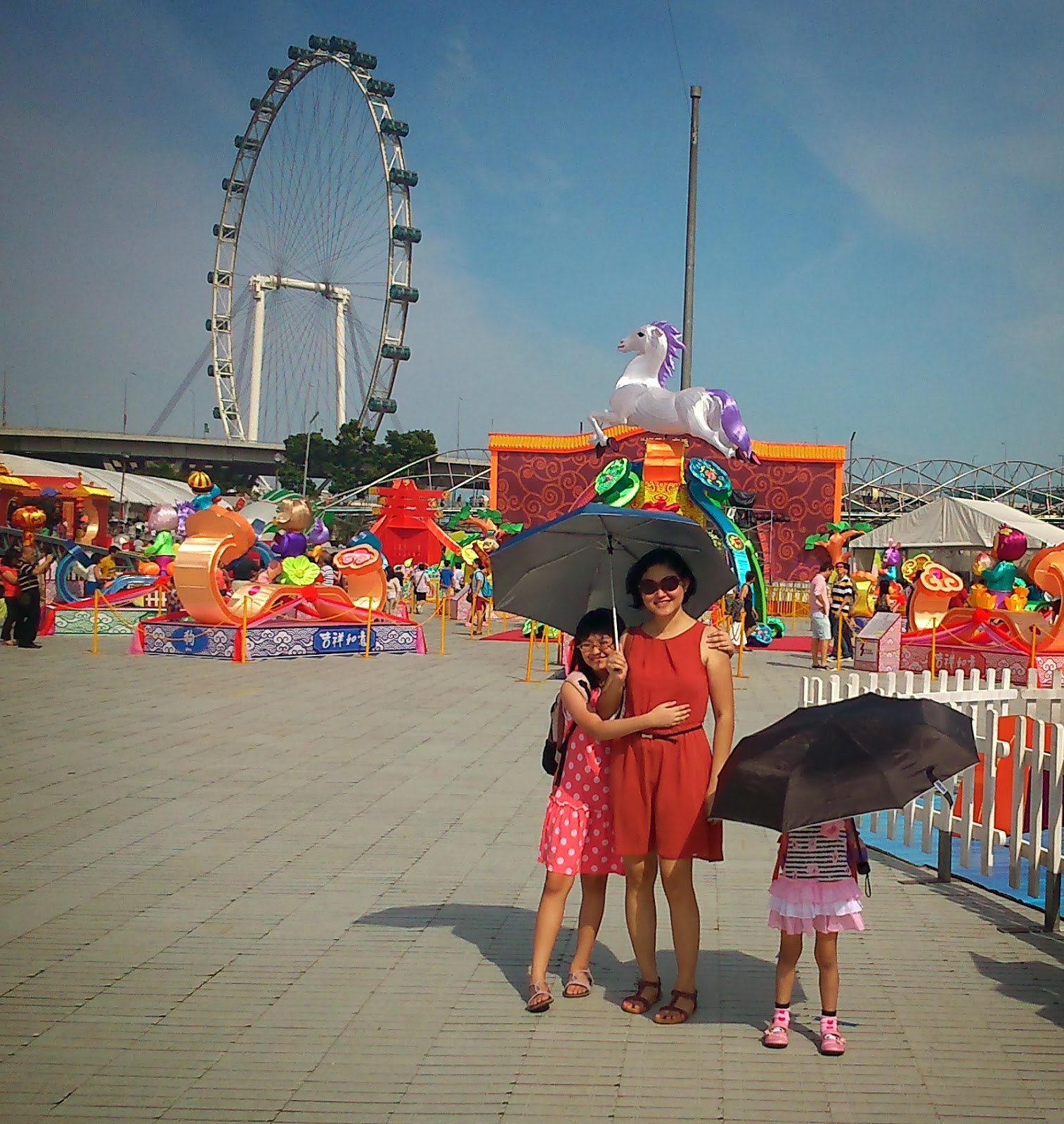 The good thing about going in the afternoon was the lighting was good for photo taking. The bad thing, of course, was the scorching heat from the sun. Sera couldn't stand the heat so she used an umbrella to cover her face even during phototaking, lol! 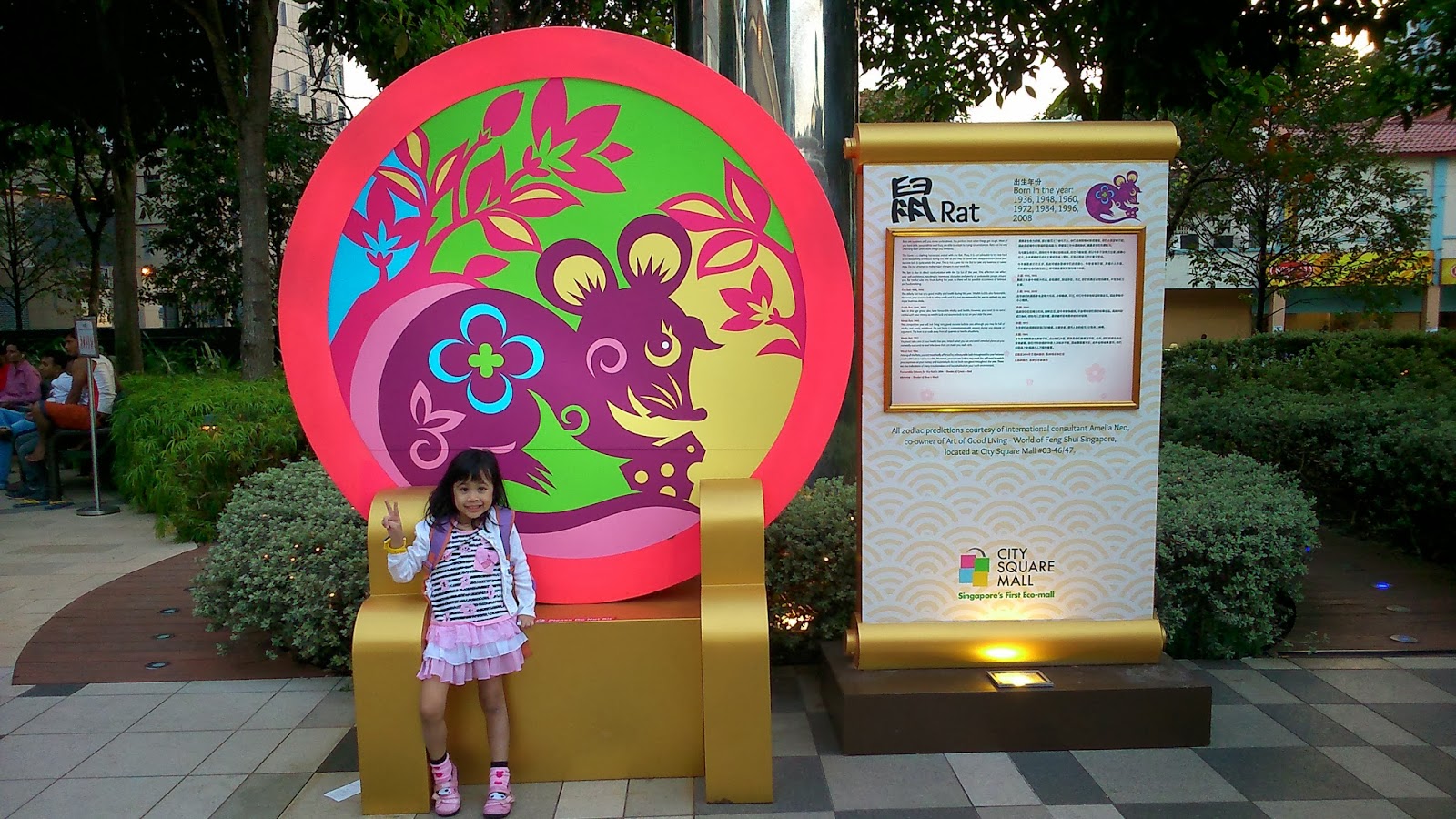 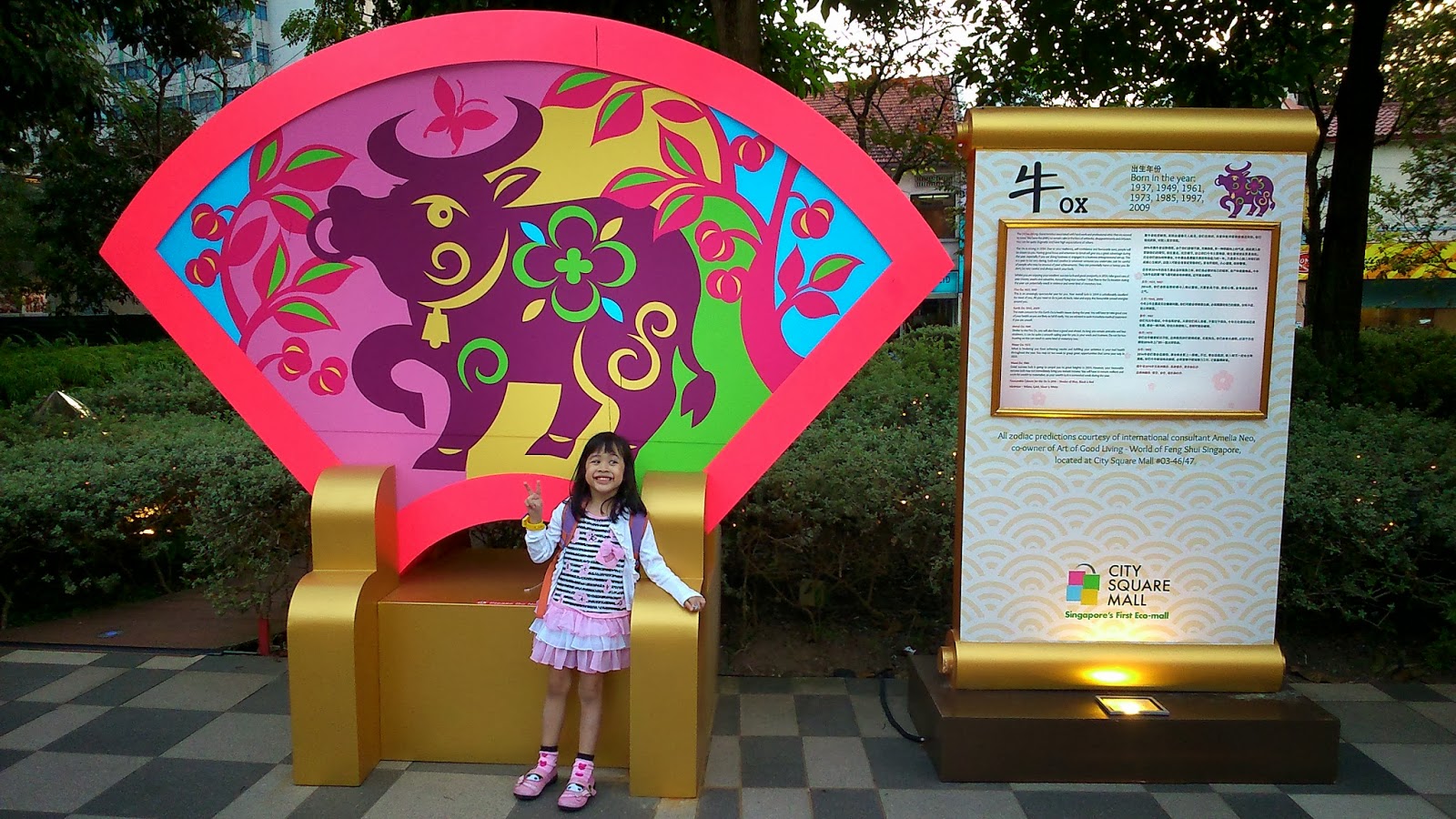 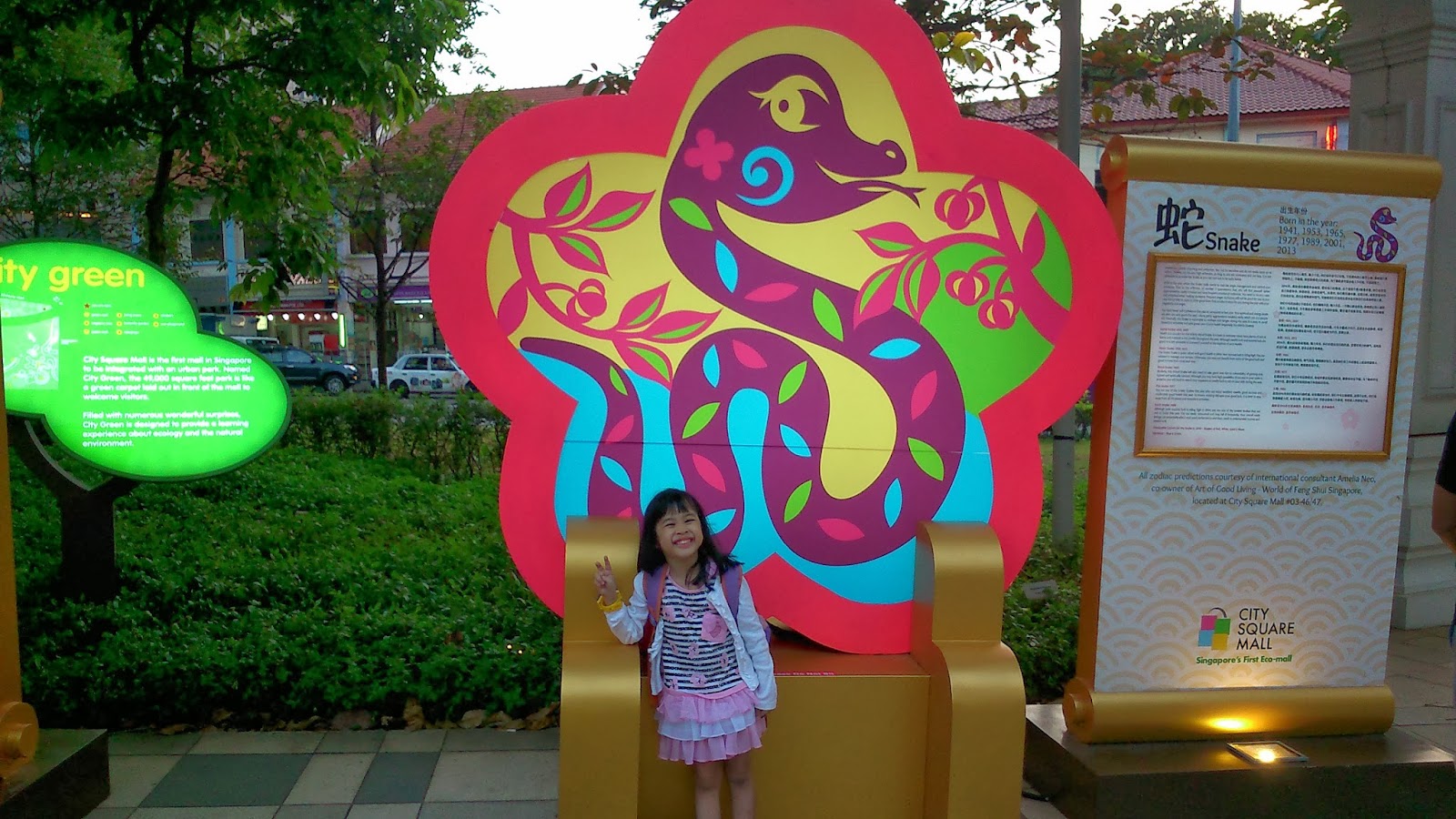 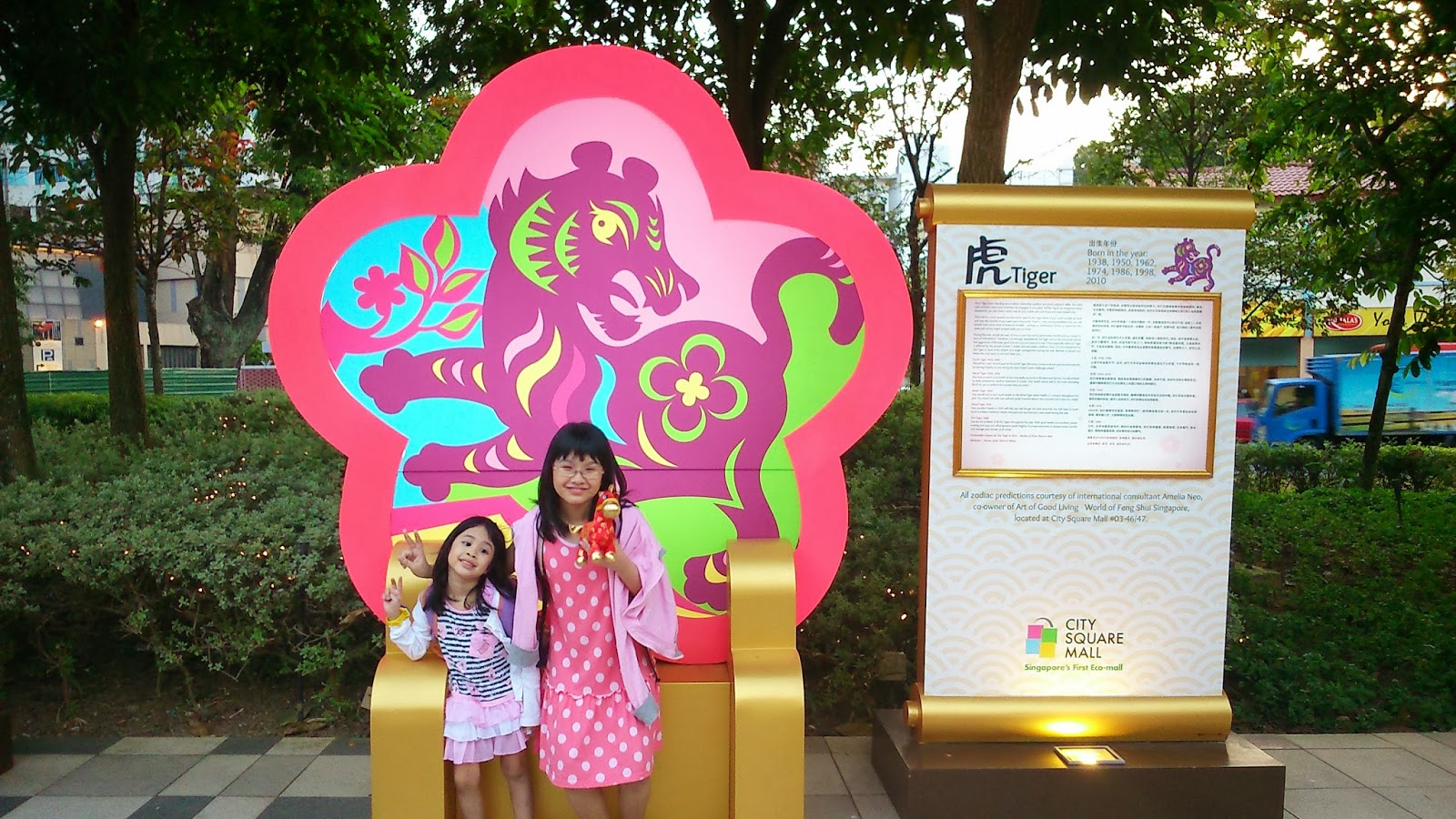 Many shops were closed at City Square Mall on 1 Feb 2014. However, there were some books and shoes on sale on the first floor. We managed to find some items that we liked. :)