Previously， I seldom drank coffee. However, after I gave birth to Lynn, I started to drink either coffee or tea in the morning. With all the late nights taking care of baby and lack of sleep, I was very much in need of some caffeine to perk me up in the morning.

When Ah Huat 3-in-1 white Coffee first came out, what caught my attention was the advertisement jingle sung by “阿牛” 陈庆祥。Subsequently, NTUC had promoters to let the customers try the coffee. However, for some reasons, I did not get to try it. Finally one day, I had the chance to try one of the flavours - the one in dark blue packaging. It was good. I did not buy immediately though as I had stocked up too much 3-in-1 coffee. After a few weeks, we finally bought the Ah Huat 3-in-1 White Coffee. Ardon liked it too. The coffee flavour and aroma was stronger than another brand which we had previously bought. The taste was just right. 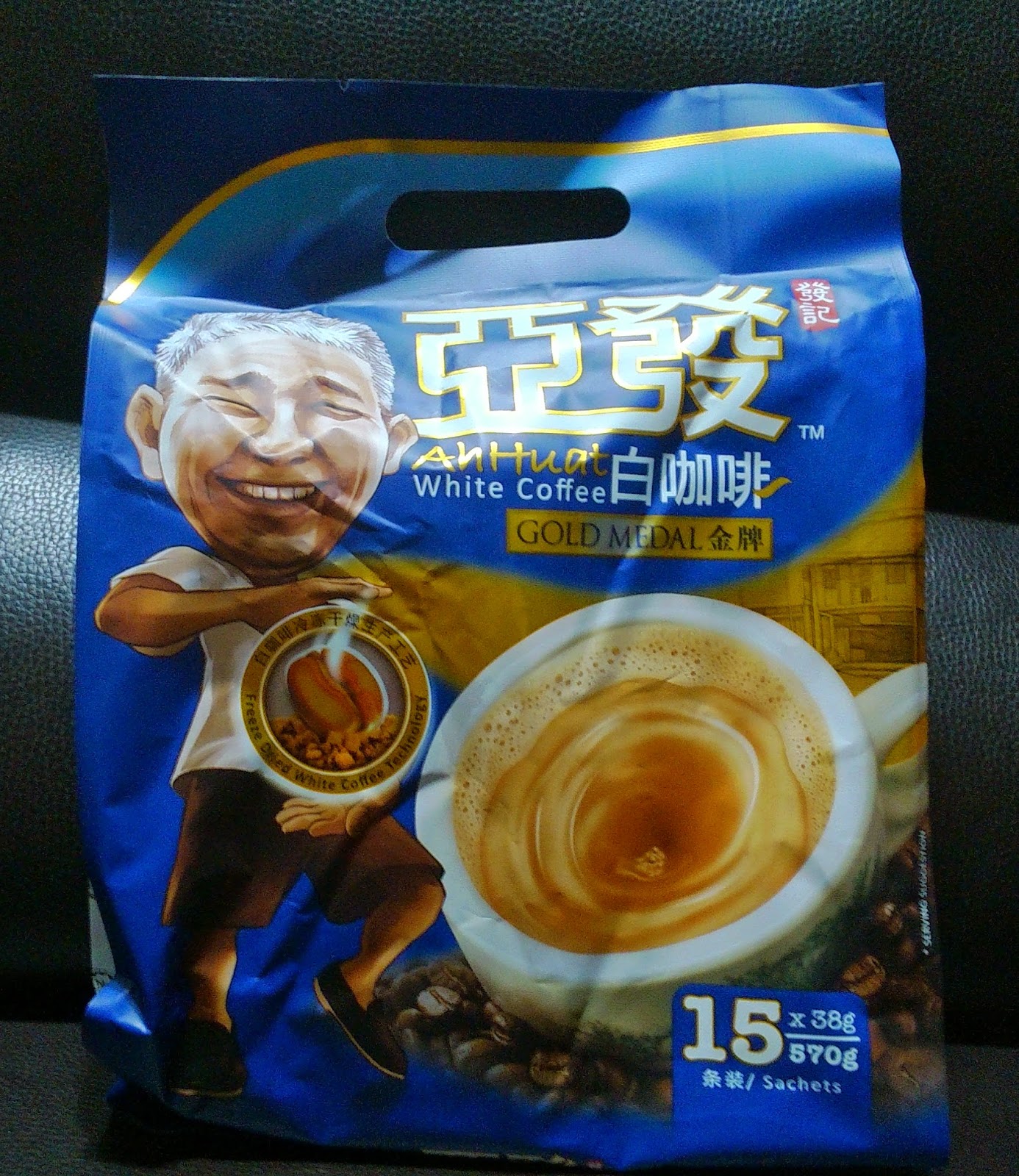 The only problem with 3-in-1 white coffee, of course, was the price. It was more expensive than the normal 3-in-1 coffee.