Cooking curry chicken used to be a daunting task. My late grandma was a nonya and was very good at cooking curry. Whenever she wanted to cook curry, she would put all the spices needed into a motar and pound them to make the curry paste. She would make coconut milk the traditional way by adding water to shredded coconut, placed them in a cloth to squeeze out the coconut milk just like what 蕙娘 Huiniang (played by Joanne Peh) did in the TV drama serial 《信约：唐山到南洋》 ("The Journey: A Voyage"). So basically, everything was freshly made from scratch.

Now, there are so many different brands and types of curry paste. However, I was not satisfied with the end result I had with most of the curry paste that I had tried. So, I had to combine curry powder with some sambal chilli paste and salt to get the taste and colour of the curry gravy that I wanted.

Recently, I bought the A1 Instant Chicken Curry Sauce for cooking the curry chicken. 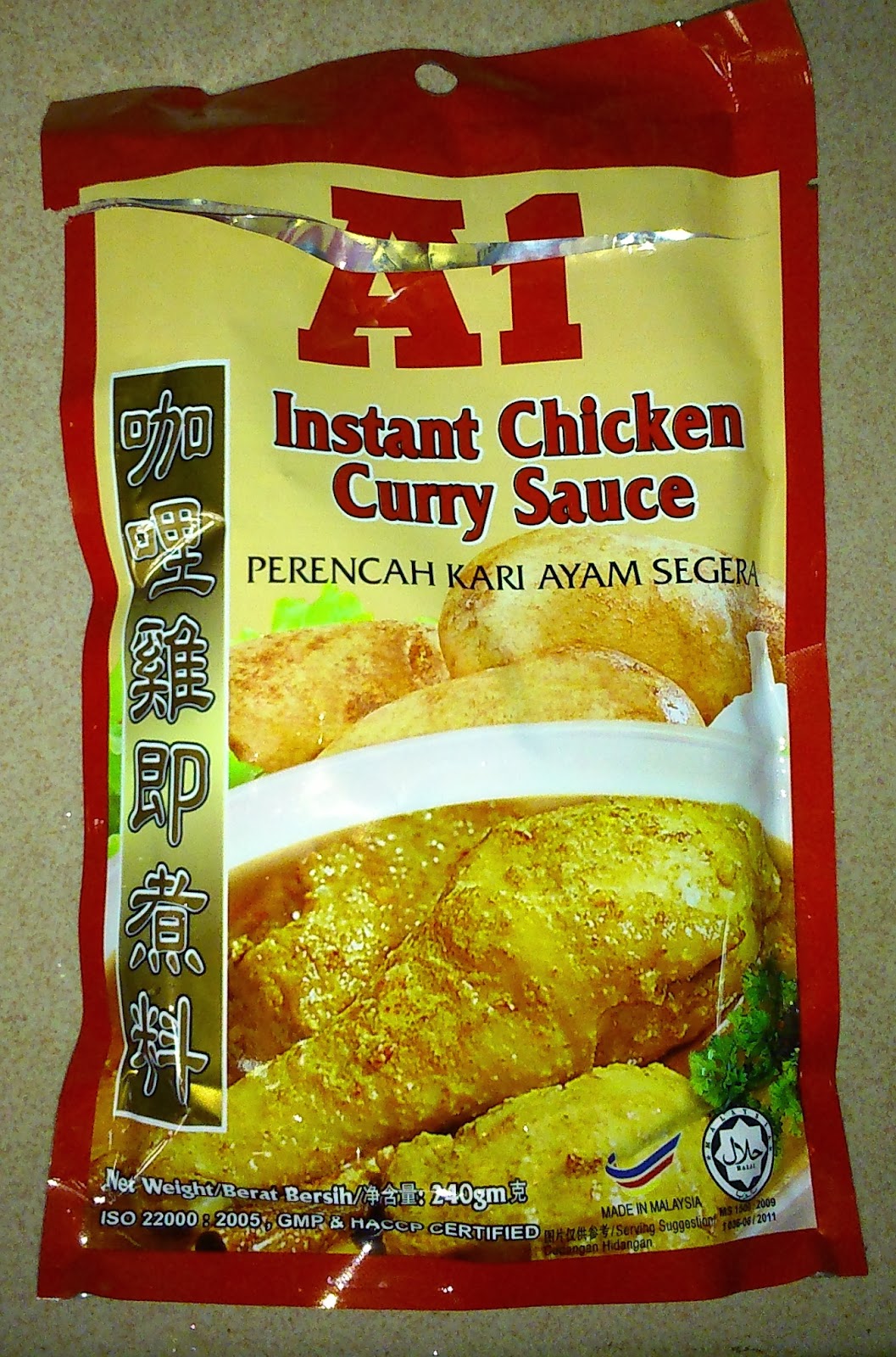 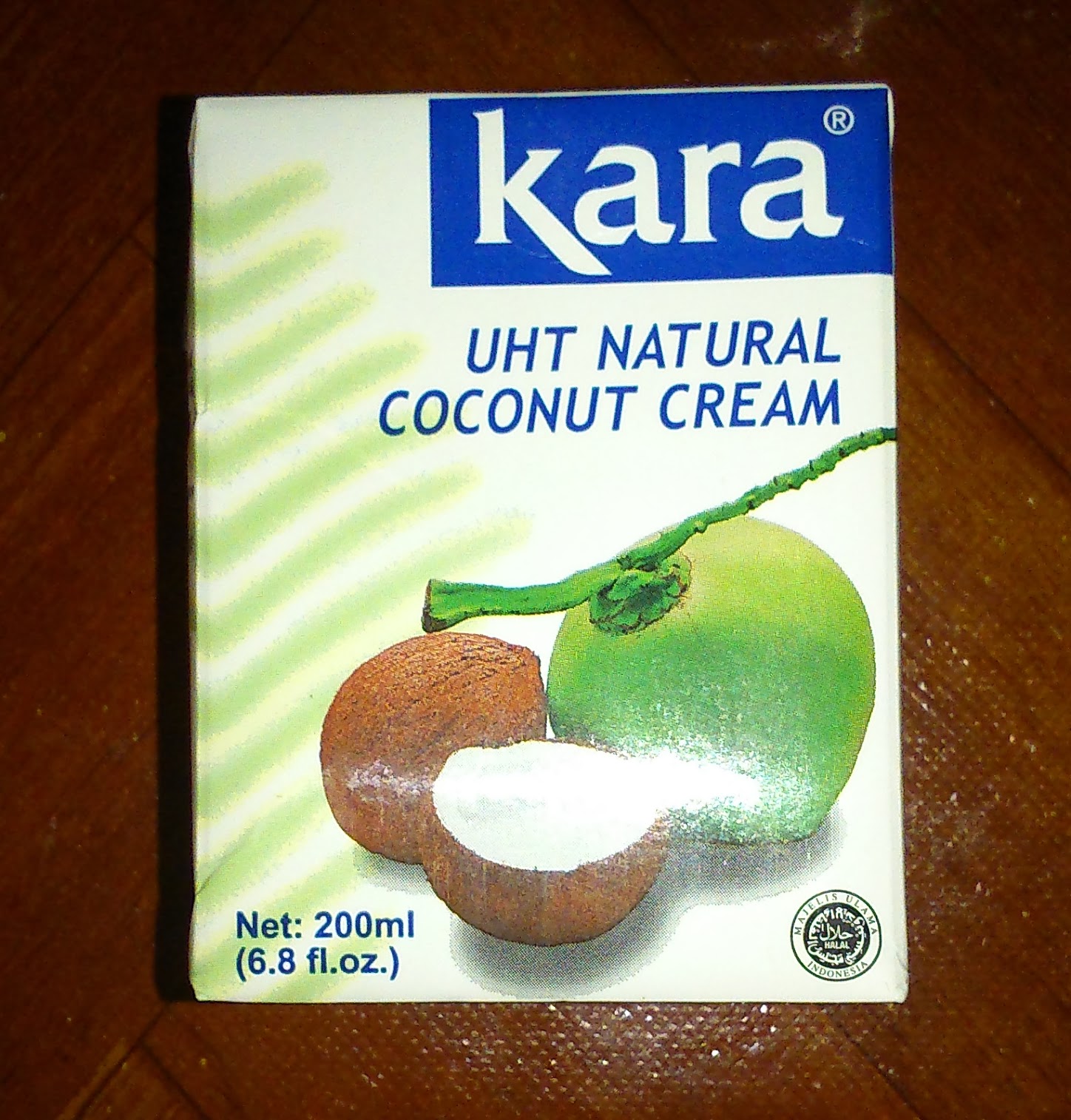 This was what I did.

1. After peeling the potatoes, I put them in a bowl of salt water to prevent them from oxidising and to add a bit of saltiness to them.

2. I heated some oil in a wok and stir fried some garlic in it.

4. When the mixture started to boil, I added 2 packets of the Kara UHT Natural Coconut Cream (200 ml each, actually one packet would be good enough). Simmer for 20 to 30 minutes and it was ready to serve. 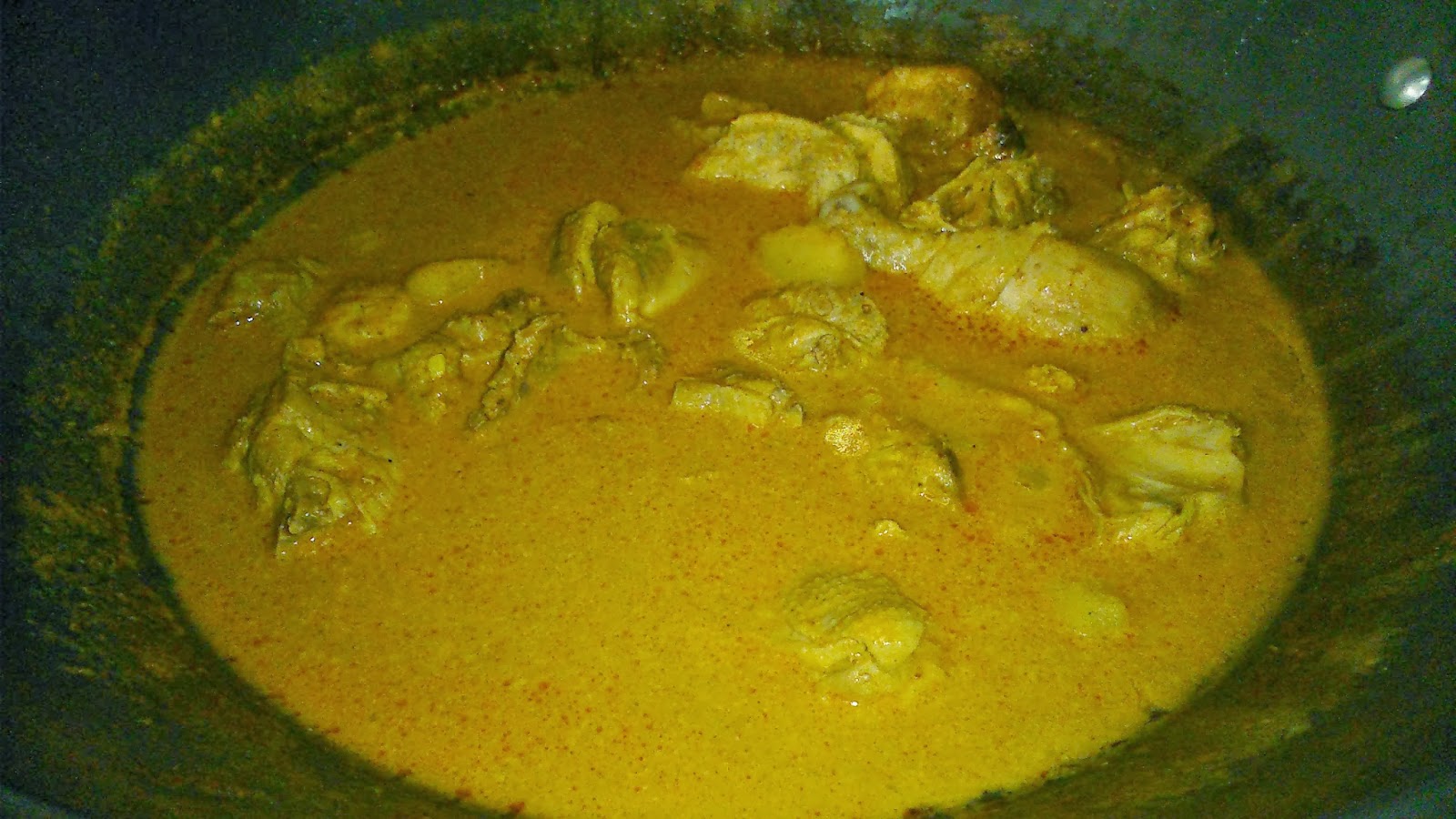 The taste was just right - spicy and salty enough. I didn't even have to add more seasoning to the curry. Just what I wanted. :)